Created in 1869, its founder was Don Francisco Balite. It was named after the “ANIBONG” growing abundantly in the place. The early settler came from the town of San Nicolas, Province of Ilocos Norte. It now boosts of 1,517 inhabitants. Most of them are engaged in fishing and used fishing nets, tang-gars. Bungonas and Salambaos in catchin fertile wherein corn, rice, and vegetable were raised. The present site was the place where they used to fish and feast. The Balbaloto and Matindeg creeks overflowed their banks yearly deposited sands which are very rich on this place which later on emerged from the water. The families of the settlers settled down on it and began cultivating and planting the newly formed land. The raised rice, corn, sugar cane and vegetables abundantly. Their early trade was carried on by means of battering or exchanging one article to another.
Their chief sports and recreation where “Arnis de Mano” or fencing, “Balabag”, or “Moro-moro” they had also a very pecullar customs and traditions about marriage ceremonies, e.q. the “Mangicemen”, which means that the newly married couple will start their new life safely on the mat, that is the money, prepared by the bridge-groom before he marries his bride, another is the “Paruwad” which will be used to start on independent living.
They had also some sort of games during their marriage ceremony, that is, some of the old folks who attended the feast, many volunteers to dance with the accompaniment of the native guitar “Kutibang” and try to break coconut shells with their elbows and knees.
The early settlers were superstitious and believed in “Anitos”. They believed that they can win the good favors of the bad spirits, by giving some offerings like cakes, broiled chickens, lechons, fruits, cigars and buyo, especially if they wanted to get well easily when they are sick.
Presently, the barrio is accessible by means of transportation. The products of the people are farming. The people do not have another means of getting living save from what they get and raised in the farm.

Road to the neighboring town of Guimba, Nueva Ecija to the East, penetrates Barangay Calibungan with a total land area of 680.09 hectares. Chairman Brenda D. Dela Cruz heads a population of 2,514 or 559 households. 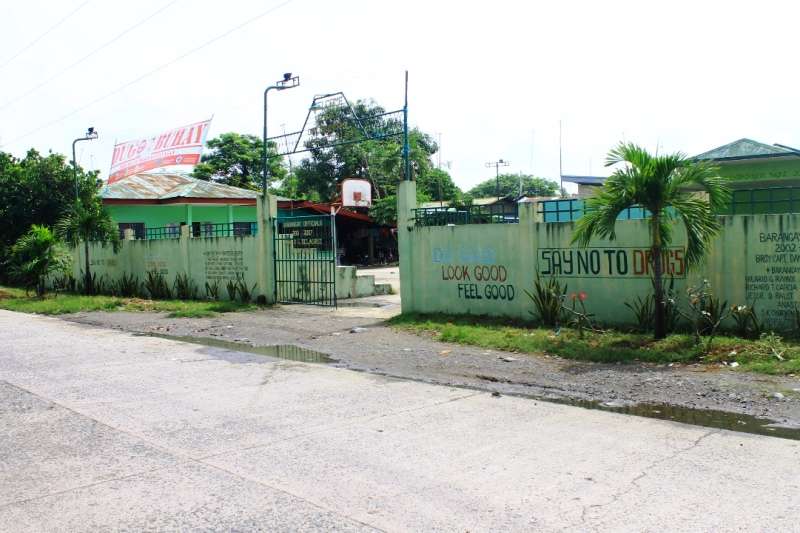